Herzl Kashetsky's work in the early 1980s tended to reflect subjects common to the magic realist school, especially still life, focusing on every day objects with an intensity that inevitably invests them with new and deeper meaning. Initially belonging to a regional art movement centred in Atlantic Canada, the magic realists combine almost photo-realist painting with a surrealist use of light and objects to create images that superficially reflect reality, while commenting on the nature of that reality through an unusual intensity of mood. Kashetsky's 1992 series, Beach Stones, is an example of some of his most meticulous work, following up on a theme that sprang from an 1989 series, Creation, about the seven days of Creation. In Beach Stones each painting is a loving recreation of a beach stone surface, containing dozens of stones piled together, in which each stone is treated with absolute realism, having its own particular surface and shadow. 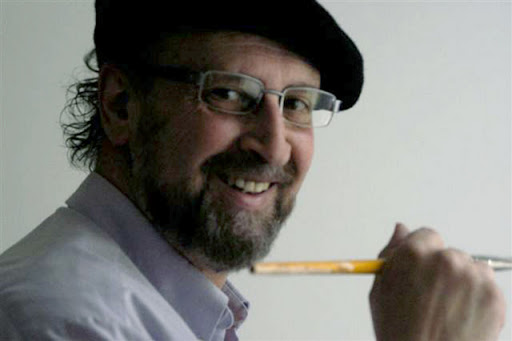