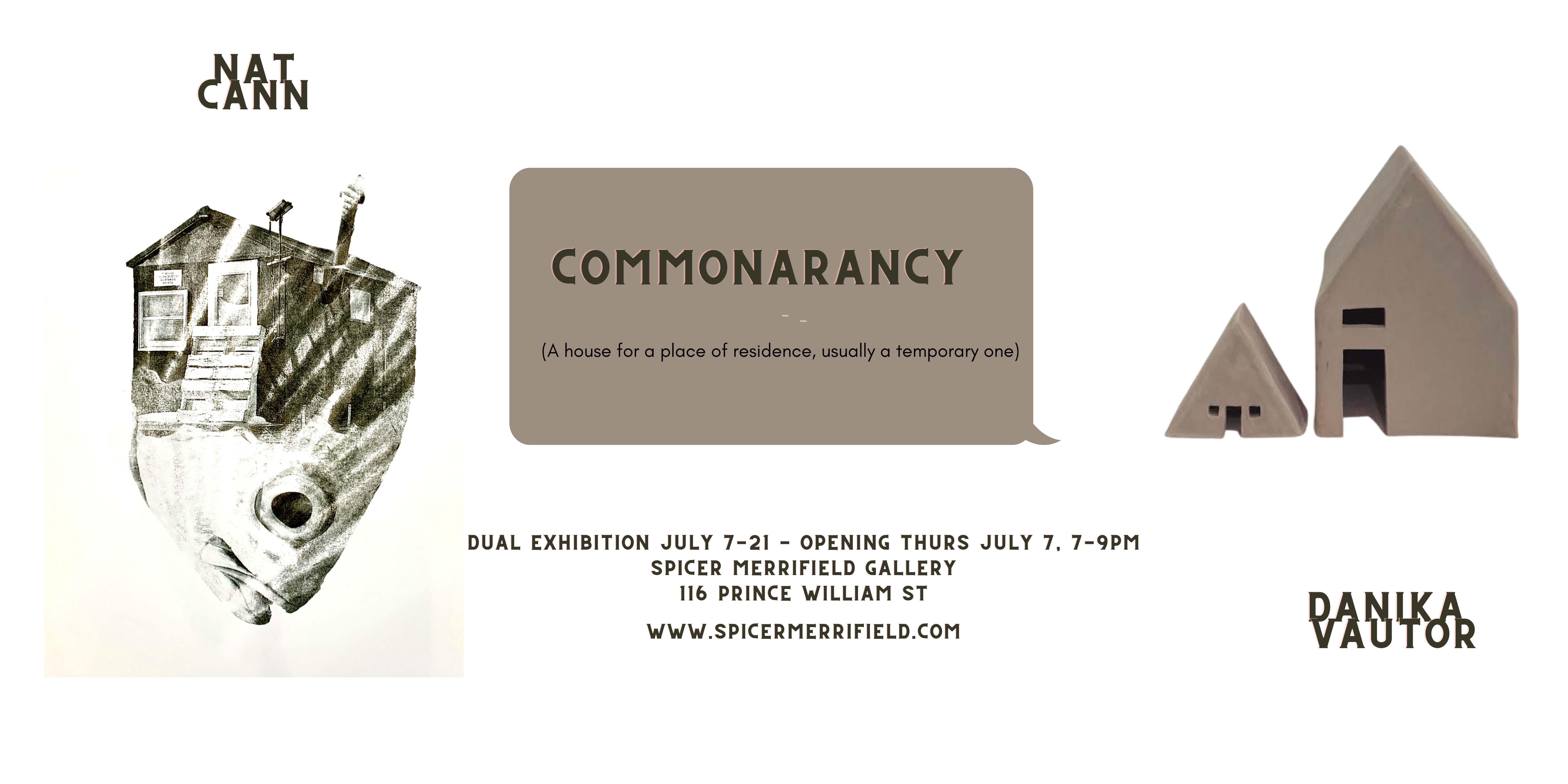 Danika Vautour:"In my studio practice I tend explore interactions between my personal experiences and the influences of time. In a world with many distractions, my work is profoundly influenced by minimalism and a life lived by the sea; this is reflected through my choice of colour, texture, and contrast. My most recent project is a part of the joint exhibition, Commorancy, being held at the Spicer Merrifield Gallery in Saint John. For this exhibition, I was working with a local print maker to create a small collection of depicted dwellings. Intrigued by the concept of a home and the value that it holds by those inhabiting it, had left me pondering how those values may shift and change as time passes by. The vessels in this series were made using hand building techniques and reflect some of the bold architectural elements found in Nat Cann's printsNat Cann:"Nat Cann (he/him) is a printmaker focused upon the haunting of lands, ideologies and industries keeping afloat Canadian heritage, and the increasing human need for habitation. These notions are expressed through printed matter, often examined through photography and material choice, paired with installation as a means to further query a location's commorancy. Be it Calgary&s coffee culture fuelling the fuel sector, Saint John's port city narrative struggling to overcome industrial designs, or Quebec's Îles de la Madeleine's simple existence in the face of unrelenting winters, every town has a tale to tell. Nat’s work has been exhibited across Canada and has been consistently supported by ArtsNB’s funding programs and the Canada Council for the Arts. Nat obtained his BFA from Mount Allison University (2012) and now resides in Saint John, New Brunswick, a colonial coastal city upon the unceded territory of the Wolastoqiyik peoples."