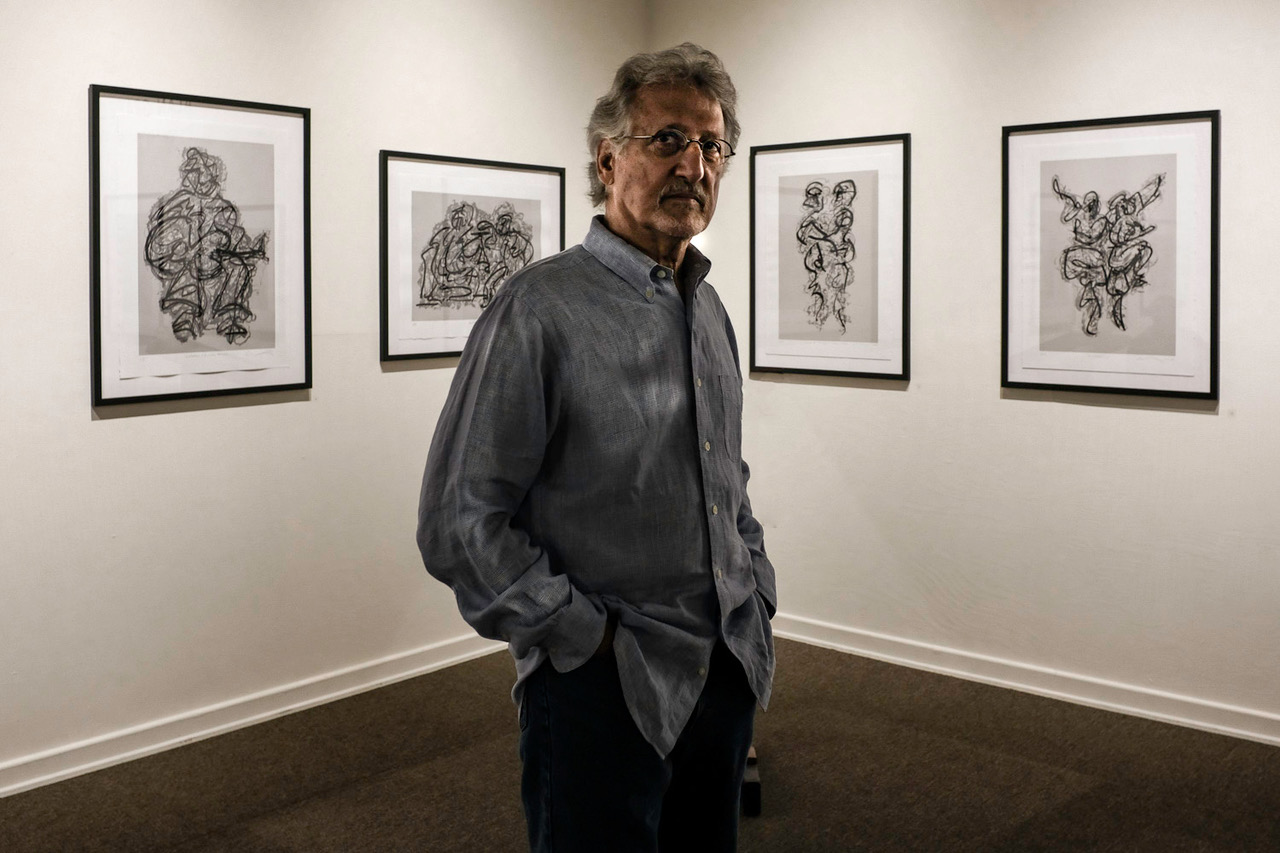 Alan Grabelsky received his MFA in Film and Video from the California Institute of the Arts in 1972. While studying film at CalArts he spent the summers at RISD in printmaking workshops with print artist and photographer Alan Metnick. Following his graduation from CalArts he began a 40-year career in film and television. He worked on films including “Gorky Park” and “Continental Divide”; was Executive in Charge of Production at Vestron Pictures, where he supervised production of “Dirty Dancing”, amongst other films; was Vice President in Charge of Production at HBO where he supervised over 20 films, including the Emmy Award winning “Miss Evers Boys”, and “If These Walls Could Talk”; and finished his career at Discovery where he was Senior Vice President, Worldwide Production Management for all fifteen Discovery Communications channels. In 2010 he returned to printmaking, working collaboratively in Baltimore, Maryland, with master printer Brian Garner at the Litho Shop, master printer Leyla Ryzayeva at The Clubhouse Litho Workshop, with internationally acclaimed artist Soledad Salame at Sol Print Studios, with Kyle Van Horn at the Baltimore Print Studios, and Ian Jackson at Manual Feed Press. In New Brunswick, Canada, he works in Fredericton at his own studio at the Charlotte Street Art Centre, with David Brewer at Rabbit Town Press, and in St. Andrews he’s worked with master printer Robert Van de Peer at the Sunbury Shores Print Studio. Grabelsky's print work employs unique combinations of ink drawings, lithography, laser cut wood block, silkscreen and photo etching techniques.

Alan Grabelsky’s art explores themes of intimacy, aging and disintegration. The work begins with a sensorial, but not necessarily visual knowledge of a subject. With that interior knowledge he makes a drawing that serves as an image template, which is used as the foundational element for multiple ink drawings on wet media acetate. The ink drawings are then used to make a photo-litho plate, solar etching plate, silkscreen, or laser cut wood block. Those elements are then combined in a variety of multi-layered printing techniques to make a print on paper.